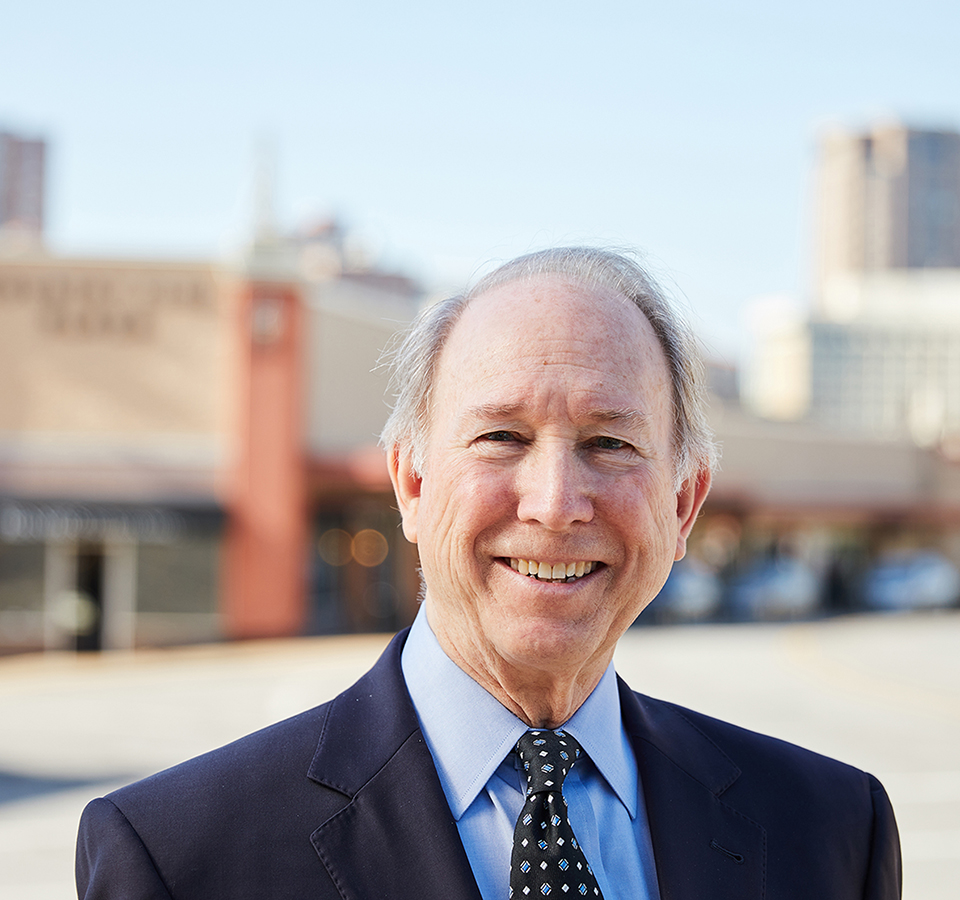 Director Kenneth Hoffman, a graduate of the University of Texas School of Law, joined Dysart Taylor in 2009. For four decades, Ken has advised transportation and logistics industry clients, including domestic and foreign multimodal, land transport and container depot interests, as well as carriers, shippers and intermediaries.

Read on to learn more about Ken in our Attorney Spotlight:

Why did you want to become an attorney? What made you decide on this field?
“My maternal grandfather was the County Auditor of Hutchinson County, Texas, so his office was in the county courthouse. In my pre-teen years, I spent a week or two with him and my grandmother every summer. Not much to do in Borger or Stinnett, Texas in those days, so I usually went to work with Granddad. We knew everybody so I had the run of the courthouse, including the courtrooms and the jail. I talked with the judge, the lawyers, law enforcement officers and prisoners. I watched court hearings. As I got into my teens, I found I enjoyed solving puzzles and finding solutions to all kinds of problems. I enjoyed science, but it was too confining. Law was more wide open for problem solving (and reportedly provided more opportunity to make a decent living), so by the time I was in high school I decided to become a lawyer.

What is your most significant memory or case in your career (so far)?
“I have been practicing for so long that I have plenty of ‘war stories.’ However, the most significant memory was not a case or even a client. It involved a three-week trip I took through several major European cities to meet with customers of one of my U.S. clients in the intermodal tank container transportation industry. I was in Strasbourg, France with no meetings scheduled for the next day. I remembered that my wife’s family had lived in Metz, France back when she was about 10-years old. Her father was in the U.S. Air Force. They lived ‘on the economy’ and rented one side of a duplex from a family that lived in the other side. I decided I would take the train to Metz, so I called my wife to let her know. She remembered the family’s name, the street name and the house number! The families had not been in contact for probably 35 years. They had no idea I was coming to see them, because I had no plan to see them. I doubted they still lived in the same house. I just wanted to take photos to show my wife and in-laws what Metz and their duplex looked like 35 years after they had lived there.

I made the trip the next day. I found the house. Wearing a suit and tie, I decided to walk up to the front door to see the name under the doorbell on the side my wife’s family had rented. It was the landlord/owner’s name! On an impulse, like a crazy American, I rang the doorbell. They had no idea who I was. The fact that I spoke almost no French definitely complicated things, but with a combination of English, French, Spanish and German we managed to put all the connections together. The landlord’s son and his family now occupied the “rental side” and his sister occupied the parent’s side. The parent’s had recently passed away. The son and his family invited me in for lunch. He phoned his sister and she joined us. Most of the food was freshly harvested from their garden, and they opened their best bottle of wine. When they showed me their wedding photos, I remembered seeing the same photos at my in-laws’ home in San Antonio. My father-in-law had purchased a camera while stationed in Europe so he took the wedding photos, because the French family did not have access to a camera. They gave me a tour of the house. They showed me their garden, and some of the places my wife and her siblings played with their French counterparts. I think their kindness and hospitality toward me was sort of a “thank you” to my father-in-law. It was only about three hours out of a three-week business trip, but it was the most amazing and gratifying experience of my career.”

You’ve been with the firm since 2009. What is the biggest change you’ve witnessed during that time?
“The firm still has about the same total number of attorneys as we had then, but then we had only two women attorneys, and only one was a shareholder/director. Now we have nine women attorneys, five of whom are shareholder/directors. In case you are wondering, the answer is “yes” the firm is much better off now!

Technology. In 2009, we had nothing in the cloud. Now we have cloud-based document management, e-discovery, and Microsoft 365-E3, with Teams, SharePoint, etc. More is coming.”

How do you like to spend your time outside of work?
“Outside of work, I mainly play Texas Hold ’em poker. Pre-COVID it was at least one game a month and usually more. During COVID, my poker junky buddies and I found a way to play poker on-line legally. So it is only for chips and bragging rights. Most of us have the poker game on one monitor and Zoom on another monitor, so we can have the social connection (i.e., tell each other how badly they play poker). Since March 21, 2020 we have played poker over 400 nights. I estimate I have played approximately 60,000 hands of poker during the last 13.5 months. Sadly, I doubt that has made me a better player!”

What Kansas City experience would you recommend to everyone?
In no particular order: