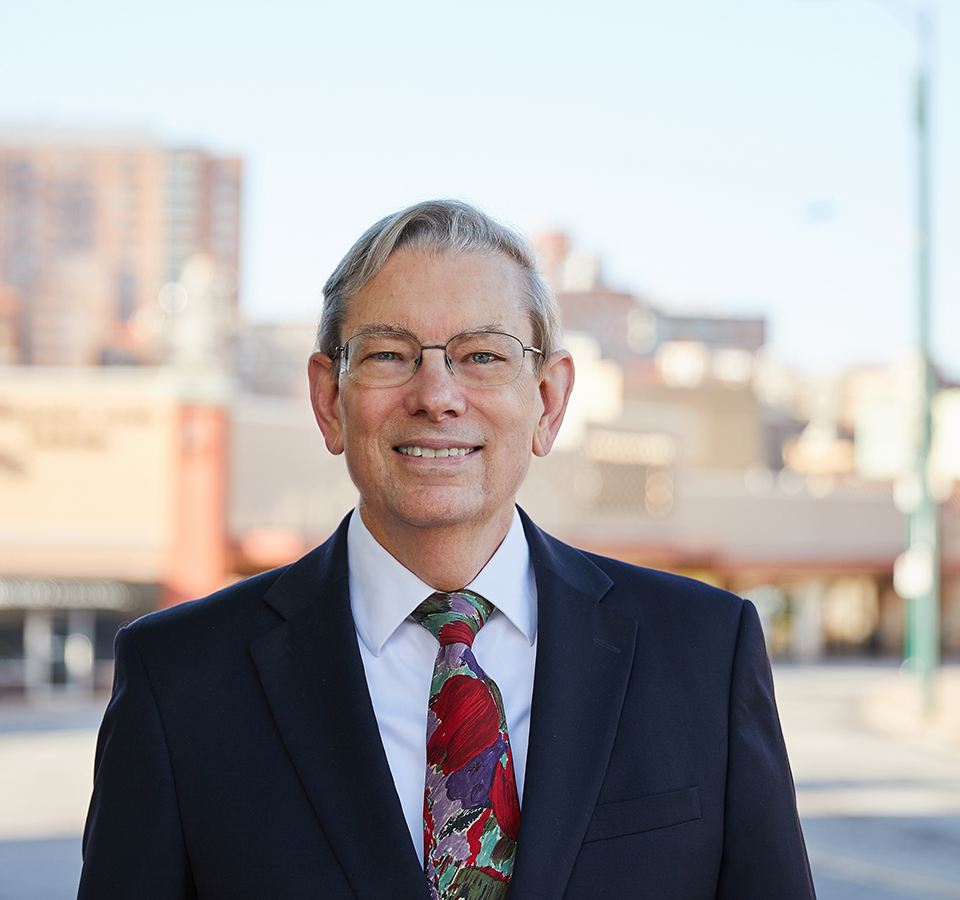 Of Counsel Christopher Anderson, a graduate of the University of Iowa College of Law, joined Dysart Taylor in 2016. With more than 40 years of experience, Chris prides himself on his ability to help businesses of all sizes strategically accomplish their goals.

Chris’ practice focuses on helping clients navigate estate planning, taxation and corporate matters. He works closely with family-owned businesses across multiple industries and levels of development to ensure they minimize risk and taxes, while planning for future growth.

Read on to learn more about Chris in our Attorney Spotlight:

Why did you want to become an attorney?
“During my first two or three years in college, going to law school was reliably my second choice of what I would do following graduation. Meanwhile, my first choice changed three or four times. Eventually, I realized that going to law school should be my first choice. Law school at that time also was an alternative to business school if you decided to go that route rather than practice law, which meant that it kept my options open.

Being in law school was the first time I met attorneys, and I was impressed by them. Of course, they were the professors. It also was during my first year in law school, after I realized I was fairly good at it (at least on the academic side), that I decided I would give practicing law a shot. Then during my first several years of practice I had the great fortune to work with several outstanding business, estate and tax attorneys and discovered I fit that practice quite well.

Even if I say so myself, deciding to be an attorney was one of the better decisions I have made.”

What is the best advice you can give an up-and-coming attorney?
“Pay attention to the examples of different ways to approach life, something that you are by necessity dealing with on a daily basis. People consult attorneys when they have problems to solve – sometimes good ones, sometimes not so good. But as advisors, in addition to solving their problems we almost always have an opportunity to learn from these people, how they have handled their problems, and what their results were. Pay attention to what works and what doesn’t. Those are valuable lessons.”

What Kansas City experience would you recommend to everyone?
“Two, actually. The City Market early (7 a.m. or even a bit earlier) on a summer Saturday morning. The produce is fresh and inexpensive, and the people-watching is superb.

The second is the Kansas City Zoo. Join the Friends of the Zoo, which is a bargain if you go just two or three times a year. It is a great place for a walk at your own pace in a well-maintained park. And as with the market, the people-watching is as good as watching the animals. If you go in the summer when the zoo opens in the morning, you can spend a couple of hours there and then be leaving about the time it starts to get crowded and the day begins to heat up.”

How do you like to spend your time outside of work?
“My wife and I walk daily. I usually carry a point-and-shoot camera, and I am gradually building a seasonal visual record of the neighborhood within a mile-and-a-half radius of our house.

I also am becoming more involved in charitable and civic activities. I currently am the chair of both the Johnson County Library Foundation and Diastole-Hospital Hill (affiliated with UMKC) and am the vice-chair of the Mission Hills Planning Commission.

Last, but not least, in the past four or five months I have returned to baking bread on a regular basis. I worked for the food service in college and during my sophomore year I was the baker’s helper two mornings a week. It was then I discovered how peaceful early mornings can be (especially on a college campus) and where I learned to bake bread. Although the equipment is larger when you bake for 1,200, the formulas are much the same and the bread dough feels exactly the same. I’ve been baking bread on and off ever since.”