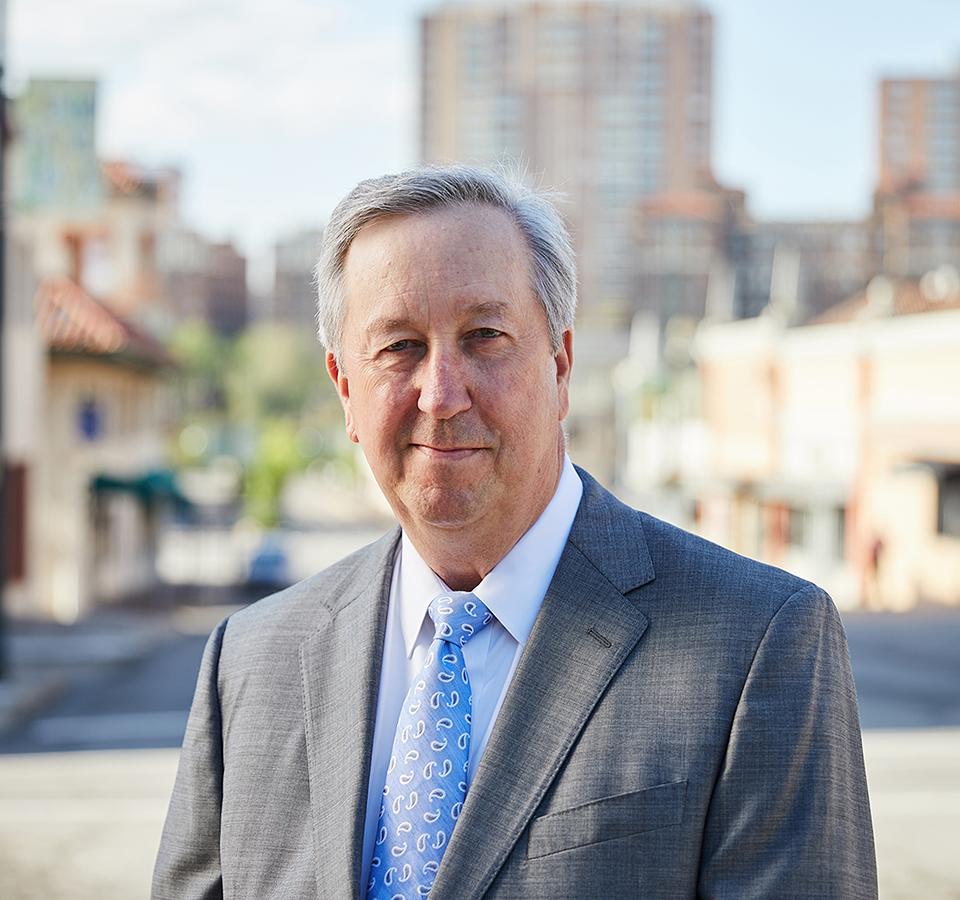 Patrick McMonigle, a graduate of the University of Missouri-Kansas City School of Law, joined Dysart Taylor in 1976 as a summer intern after his first year of law school. Widely recognized by his peers and clients as a premier litigator and counselor, Pat is motivated to obtain the best results for his clients through a thorough and persistent focus on success.

Pat uses his decades of experience as a trial attorney to successfully litigate a wide spectrum of civil disputes in state and federal courts involving many major public and private businesses, including those involving the truck transportation, construction, real estate and insurance industries.

Read on to learn more about Pat in our Attorney Spotlight:

Why did you want to become an attorney? What made you decide on this field?
“I went to law school because I thought lawyering was a noble profession, and I thought I could help people and make a good living doing it. I wasn’t interested in arts or sciences, and while I had an interest in business, I thought the practice of law would be fulfilling and enjoyable.”

What is your most significant memory or case in your career (so far)?
“My most interesting case and memory was representing a country real estate developer in a lawsuit against a large SBA commercial lender who had cut off the developer’s funds and was attempting to foreclose on his family’s land. I declined the engagement by the developer twice before he – and a lawyer I attended law school with – persuaded me to take the case. About three years later we won a jury verdict of $6.1 million dollars against the lender. The case was tried to a jury in a rural county and the developer was represented by large metropolitan law firm. Everything went right for us in trial, and the jury returned a unanimous verdict. Winning was fun and slaying a giant was more than fun!”

You’ve been with the firm since 1976. What is the biggest change you’ve witnessed during that time?
“The biggest change my practice as a trial lawyer has been the technology involved both in bringing a case to trial and trying cases, as well as tremendous access to knowledge and information involved is civil trials today. Technology, social media, electronic libraries, Google and other data resources have completely changed how we prepare for and try lawsuits. The downside is that the personal side of building clients and doing business has declined over the years, and in some respects the practice of law has become less personal.”

How do you like to spend your time outside of work?
“I like to spend my time outside work enjoying my family, friends, local major league and college sports, and local music venues. The pandemic hasn’t been conducive to live music, and that’s been a real shame.”