Dysart Taylor Cotter McMonigle & Brumitt, P.C. is pleased to announce that president Patrick K. McMonigle was honored with the Transportation Lawyers Association’s (TLA’s) Lifetime Achievement Award on May 13 at the TLA’s annual conference in Williamsburg, Virginia.

McMonigle served as the TLA’s president – one of seven Dysart Taylor attorneys who served in the position – in 2011-2012 and is the firm’s third lifetime award honoree. Former TLA presidents include current partners John F. Wilcox, Jr. (2020-2021) and Kenneth R. Hoffman (2000-2001). Hoffman and former name partner Frank W. Taylor, Jr. were honored with lifetime achievement awards in 2011 and 1995, respectively.

Wilcox was on stage to present and followed the TLA tradition of slowly revealing the honoree through clues. In his announcement speech, Wilcox said, “During his time in law school, a local transportation law firm was desperate for an infielder for its Lawyer League softball team. Given this, our recipient was hired by the firm as a law clerk in 1976 and, to date, he’s never left. This year’s recipient quickly established that he offered more to the firm than his ability to turn a double play. He has gone on to have a distinguished legal career and is widely considered one of the Midwest’s premier transportation attorneys and litigators.”

The TLA is an independent bar association, comprising in-house, government and private practice attorneys. Its members assist providers and commercial users of domestic and international logistics and transportation services, in all modes.

McMonigle is widely recognized by his peers and clients as a premier litigator and counselor consistently motivated to obtain the best results for his clients through thorough and persistent focus on the success of his clients. His skill and ethics have been regularly recognized by various peer groups and rating associations as being among the very best in the business.

Using his decades of experience as a trial attorney, McMonigle successfully litigates a wide spectrum of civil disputes in state and federal courts involving many major public and private businesses, including those involving the truck transportation, construction, real estate and insurance industries. 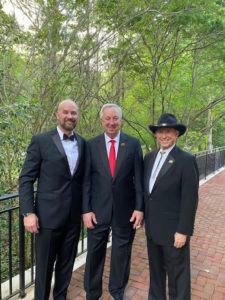